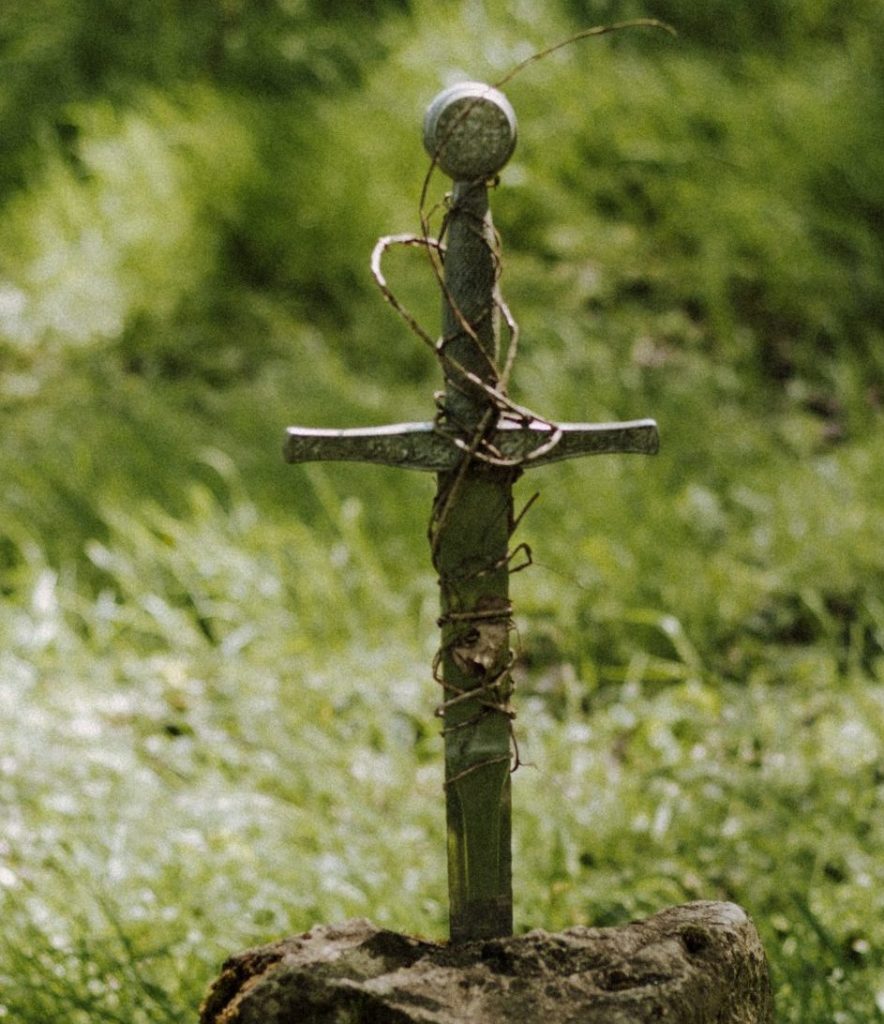 I’ve never met anyone who doesn’t know something about the legend of brave King Arthur: his courageous Knights of the Round Table, the Sword in the Stone, the legacy of Camelot, love-torn Guinevere, Sir Launcelot the Brave, Excalibur, the Lady of the Lake, treacherous Morgan La Fey, mysterious Merlin the Magician…

“Myth is much more important and true than history. History is just journalism and you know how reliable that is.” ~ Joseph Campbell

Their stories have been told and re-told and told again. Here is a whole language and interwoven collection of names, identities, objects and quests that have entered into our very language (and not just limited to English…)

So what is it that draws us in, excites and moves us, and holds our attention time after time?

Sure, we could go into the detail of who’s who, who did what when, who loved whom; we could talk of lineage, magical deeds, mighty quests…in fact, this is what all our myths and stories do.

Yet what is it about Arthurian Legend? Why so compelling? Even when we already know the “plot”!? My reflection is that it is the very nature of the myths and stories. The detail and the accuracy of historical ‘fact’ do not actually matter to most of us when answering the question here. Besides, these stories have evolved so much over the centuries, how would we know any more what is the ‘truth’?

Even the version of the telling will have different appeals; whether it’s the innocent charm of Disney’s Sword in the Stone, Clive Owen’s rugged Arthur as a Roman general, the BBC’s ongoing Merlin series, or maybe even Monty Python’s alternatively manic Holy Grail with fearsome killer rabbits, a sorcerer called Tim, and the infamous Knights Who Say ‘Ni’ (!!!); to name but a few, and those only referenced from modern day TV and film.

My point is that it is the layers and diversity of the stories within the legend that touch us, maybe without our even realising, and invite us to associate with the aspects that appeal to and inspire our own truth, our own great deeds.

Like the very quest for the Holy Grail, it is not about the grail itself. For those who answer their ‘call’, it is about the journey we embark on to learn this for ourselves. In so doing, we get the chance to create our own stories, to live our own legends.

“Do not be satisfied with the stories that come before you. Unfold your own myth.” ~ Rumi

Really? That’s a bit bold, isn’t it? Who are we to see ourselves as legends? I say who are we not? Each of us has a story to tell that is our aspiration and will be someone else’s inspiration. What is your calling? What is your sword that will call others to your side? And the stone that holds you back until you grasp that sword? What is the legacy of your Camelot? Who is your Merlin to guide you and your chivalrous knights that will join you?

In other words, we can weave the messages from stories and myth into a more embodied and practical personal experience of who we are and what we want to accomplish.

Each of us has our own archetypes and archetypal images that resonate strongest (and, interestingly, there are ways and systems for identifying these, for groups as well as for individuals…) Whichever resonate for you, what’s valuable is to recognise and own them, understand and play to their strengths, and then go and do what works for you, while also acknowledging the blind spots that can be covered by joining with other heroes on their journey.

“If you can see your path laid out in front of you step by step, you know it’s not your path. Your own path you make with every step you take. That’s why it’s your path.” ~ Joseph Campbell (again)

Dr. Carole Pearson is a professional psychologist I admire with expertise in (amongst many others) the highly influential studies of both Jungian archetypes and Joseph Campbell’s The Hero’s Journey. As she eloquently puts it: “The heroic quest is about saying ‘yes’ to yourself and in so doing, becoming more fully alive and more effective in the world…The quest is replete with dangers and pitfalls, but it offers great rewards: the capacity to be successful in the world, knowledge of the mysteries of the human soul, and the opportunity to find and express your unique gifts in the world.”

As I see it, as long as that ‘something’ inside us continues to be drawn to exploring our own destiny, our own story in the world, so too will such legend endure.